August is Boomers Making a Difference Month. The term “baby boom” is used to identify the massive increase in births after WWll. Baby boomers are born between 1946-1964. The baby boom was a result of a healthy economy, and a major contributor to it. The huge increase of babies became children, then teenagers, adults and more recently seniors. As babies they drove the market for toys, and candy. As children they drove the construction of new schools and the movement to the new emerging suburbs. As teenagers they dominated the pop culture of the 50’s and 60’s with records and clothing. They became a dominant force of social change, latter in the civil rights movement, the protest of the Vietnam war, and the feminist movement. Baby boomers make up 28% of the population and are responsible for over half of consumer spending. Baby boomers are considered a hard-working generation. They desire to enjoy a higher quality of life. Most are goal oriented, value individual choice, and seek health and wellness in new ways. They seek ownership in businesses and homes and are involved in the community. 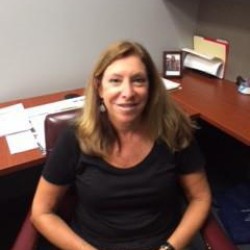 Founder/Owner at Companion Services of America
Jamie Shapiro, founder of Companion Services of America, LLC received a Masters Degree in Clinical Social Work from the University of Chicago. Jamie started her career in psychiatric social work at Northwestern University Institute of Psychiatry. Later, she went on to become the Director of Social Services at Belmont Community Hospital where she developed discharge planning procedures to assist staff in identifying potential patients requiring intervention.